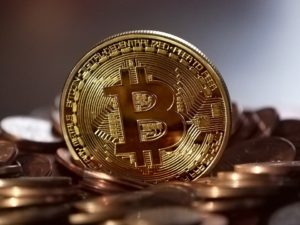 DISCLAIMER: I am not a financial advisor. The information presented is based strictly on my own beliefs and experience. Cryptocurrency markets are new and evolving technology, thus you are advised to do your own due diligence. I recommend you never invest money you are not willing to lose due to the speculative nature of cryptocurrencies. If in doubt, please contact your financial advisor.

Get $10 Free Bitcoin When You Fund a New Coinbase Account! 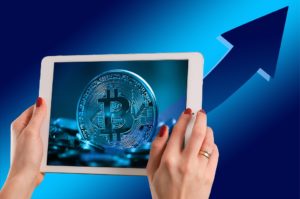 For the purpose of our discussion, I’m going to limit the conversation to Bitcoin (BTC), however, be aware that many other cryptocurrencies exist. Collectively, these are known as altcoins due to the fact that Bitcoin presently occupies over 60% of the cryptocurrency market cap. Arguably, the other major players in the crypto world are Ethereum (ETH) and Litecoin (LTC). Other altcoins are poised to serve niche markets such as Ripple (XRP), Monero (XMR) and Cardano (ADA). There are thousands of other altcoins. Most will never gain traction and will fizzle out. Many are scams attempting to cash in on the current crypto gold rush. Check out my resource guide for handy links to the major cryptocurrencies of the world.

Let’s discuss my reasoning for just a moment. I’ve never, in my lifetime, seen an opportunity with such a potential upside. Let’s say I invest $10,000. Your risk tolerance may be lower or higher than mine. That’s fine. But let’s assume I make my investment and cryptocurrency goes belly up. First, there are many reasons I believe that is virtually impossible. It has to do with blockchain technology at its core. But let’s assume I lost it all. I’ll get over it. It will sting, but I’ll get on with life. Now, let’s take a look at the upside. Bitcoin has increased in value 2000% just in 2017 and the mainstream investors aren’t even in the game yet! If cryptocurrency keeps pace and possibly accelerates, my initial investment becomes $200,000 or more, in just a few years.

We’re still in the first or second inning of the cryptocurrency game! The cryptocurrency infrastructure is still being developed. Herein lies part of the problem and an incredible opportunity – the likes of which we’ve never seen before!

Great question! Cryptocurrency is a digital asset that operates as a medium of exchange using digital cryptography to secure transactions, to control the creation of additional cryptocurrency units and to verify transfer of assets. Bitcoin was the first cryptocurrency, established in 2009. Since then, numerous altcoins have been created. Cryptocurrency really isn’t all that different from government issued currency in that it is a measure of stored wealth. The beauty of cryptocurrency is that it is anonymous, decentralized and highly resistant to government seizure.

What is Bitcoin? (Video)

I started out wide-eyed and full of excitement, trying to buy the valleys and sell the peaks. My Bitcoin investment strategy has changed quite a bit over time. Fortunately, the overall upward trend of Bitcoin has been more than forgiving of my early mistakes. These days I’m more of a steady hand in my investment strategy. Grab a cup of coffee while I explain the strategy that seems to work best for me. Read more >> Invest in Bitcoin

Get $10 Free Bitcoin When You Fund a New Coinbase Account!